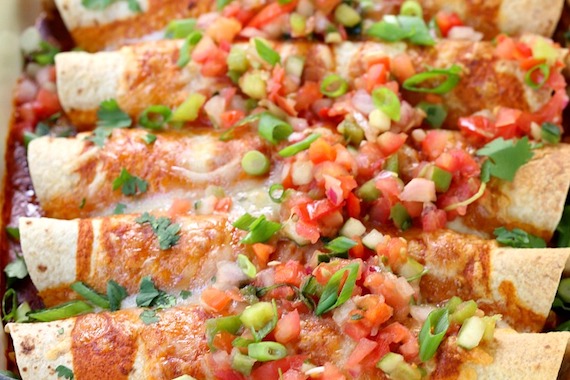 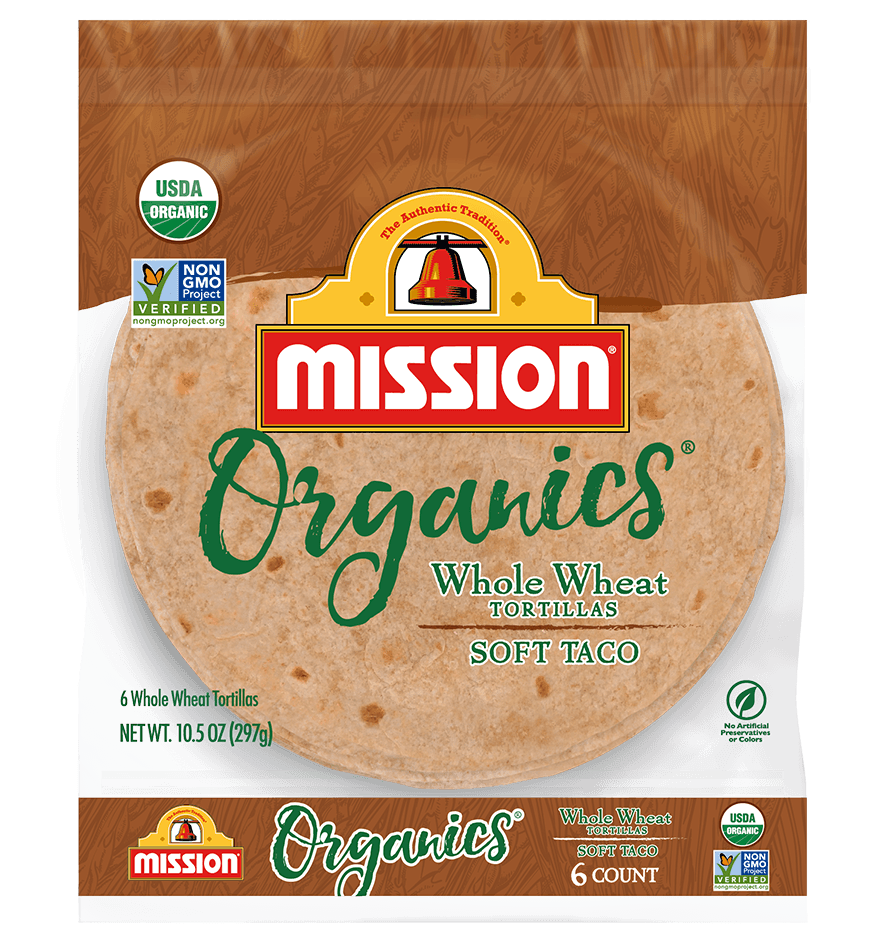 Preheat the grill over medium heat, about 400 degrees.

Place the corn on the grill and cook, turning every few minutes, until the corn is charred and semi-cooked through but still crisp, about 15 minutes. Add the poblano peppers the last few minutes of cooking time to char them at the same time as the corn.

Remove the corn and peppers from the grill and set aside to cool.

Once the corn has cooled, remove the husks and silk and cut the kernels from the cob. Remove the seeds from the peppers and dice, leaving the skins on.

Preheat the oven to 400 degrees.

Start the filling by adding the olive oil to a large skillet. Add the onions and cook for 5 minutes until softened.

Stir in the garlic, peppers, half of the corn (the other half will go on top of the cooked enchiladas), salt, black pepper and cumin and cook for another 3-4 minutes.

Add the shredded chicken, cream cheese, cilantro and 1/2 cup of the enchilada sauce. Stir to combine and melt the cream cheese into the filling.

Turn off the heat and set the filling aside to cool.

Pour another 1/2 cup of the enchilada sauce in the bottom of a baking dish. If you are using 2 baking dishes you might use a little more, just make sure the bottom of the dish is covered with the sauce.

Place a tortilla on a board. Add about 1/4 cup of the filling to the tortilla spread out in a line across the tortilla then roll up ending with the seam side down.

Place the enchilada in the baking dish and repeat with the remaining tortillas until the filling is gone. You should end up with about 12 total.

Pour the remaining cup of enchilada sauce over the tops of the filled tortillas then cover with the cheese.

Bake in the oven for 20 minutes until the filling is hot and the tortillas are slightly browned and toasted.

Sprinkle the remaining charred corn and pico de gallo on top of the enchiladas and serve.